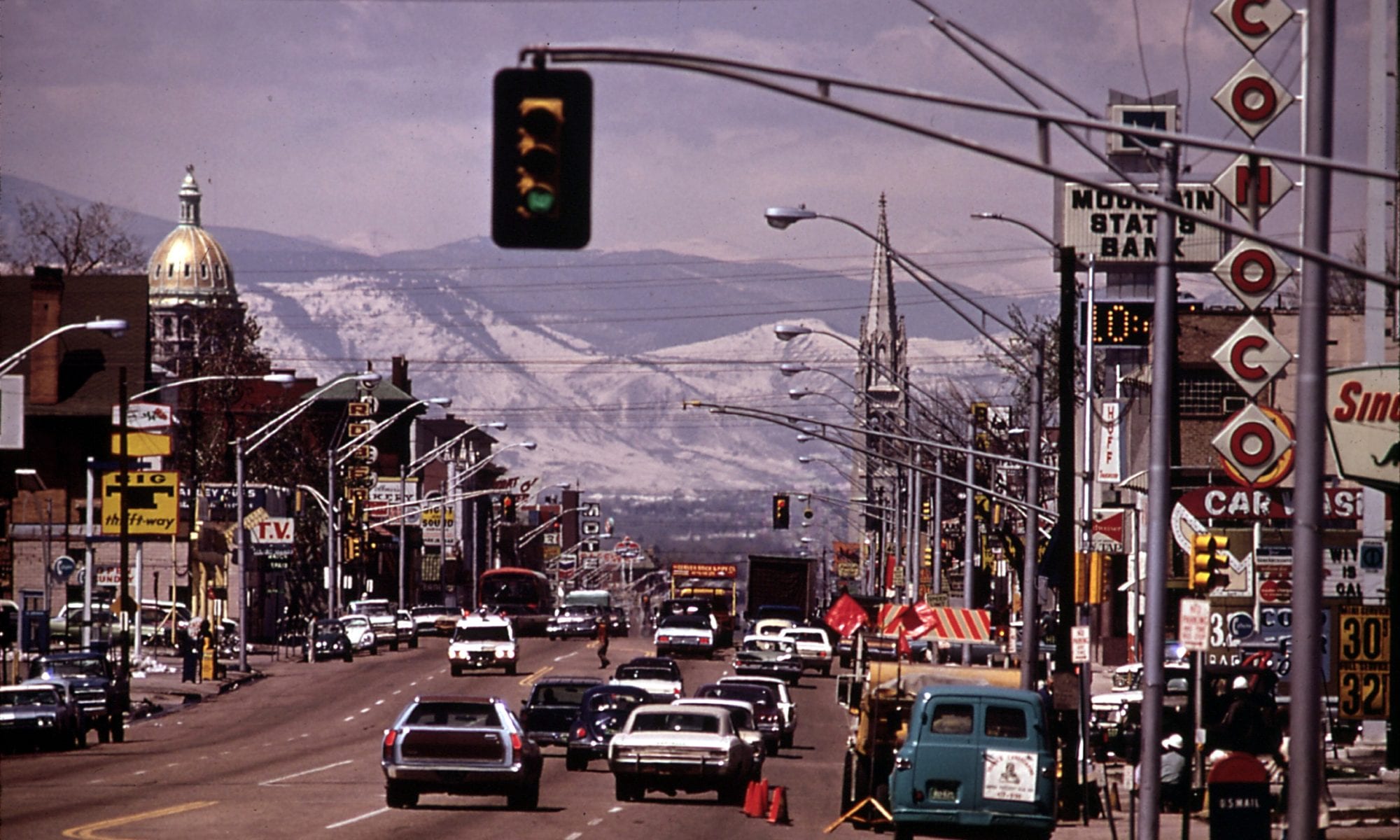 On June 2nd the first Colfax stakeholder meeting was held to discuss and plan the re-development of the 15 mile length of Colfax Avenue in conjunction with the first implementation of the bus rapid transit (BRT) system. Led by the City’s Community Planning and Development, this discussion included over 70 attendees representing City departments, Colfax business improvement district leaders, developers, architects, and neighborhood and professional representatives. The meeting’s primary focus was to identify and address present and future limitations and obstacles to development. The key issues were:

1) Zoning – The present main street zoning will need to be evaluated to enable properties to be more productive and to enhance pedestrian and retail streetscape amenities. This may include vacating some alley sections to accommodate the existing depth of some lot and to create a safer environment.

2) Streetscape Planning – Activating sidewalks will bring greater life and vitality to the street and support the unique character and landmarks in many Colfax areas. Attractive, inviting patios and specialty retail will increase retail business from tourists, local residents, and other visitors.

3) Traffic Management – The objective of BRT is to reduce the number of cars and traffic on our streets. Presently, Colfax has three lanes going east and west – two travel lanes and one parking lane on each side. To implement BRT one of the travel lanes will be dedicated to these BRT buses only during peak hours in order to balance and manage the traffic and parking for businesses on this busy street.

4) Affordable Housing – The lack of affordable housing is one of the City’s most important issues, and the re- development of Colfax and implementing transit should encourage affordable housing construction. The Mayor will be asking for approval on a $150 million, 10 year plan to provide greater financial assistance to developers for affordable housing.

5) Homeless and Public Safety – The City is striving to improve its efforts and programs to reduce our homeless population and to provide greater safety and security for our residents, businesses, and tourists. Issues to improve public safety on Colfax are as follows:
a. Housing – Since Colfax has a significant homeless population, increasing emergency and transitional housing will be a priority for Colfax development and safety improvement, as it is recognized nationally that these are some of the elements that can help break the cycle of homelessness.
b. Police Presence – Increased police patrols and visibility will help homeless individuals reach supportive services, and will create a safer environment for businesses and the public by combating drug sales and use, as well as deterring crime. Public safety is key to success.
c. Mental Health Support – Mental health support workers are now riding with the police to assist with the growing number of homeless with mental health issues.
d. Lighting – According to Chief of Police Robert White, an effective safety improvement is to illuminate high crime areas on streets and in alleys. Funding has been requested for this high intensity lighting on Colfax similar to the new lighting implemented on the 16th Street Mall.

6. Connectivity – The Colfax BRT implementation plan does not include Colfax from the Auraria Campus to Sheridan Boulevard to the west nor to the east from Yosemite to the I-225 light rail station. Transit network connectivity is a major factor in our City’s transportation strategic planning.

8. State Highway or City Street – Planning and improving Colfax is more difficult since the street is classified as a State highway, requiring State approval with many changes, which begs the question: should Colfax be designated as only a City street and not a State highway?

9. Parking – Parking has been the most frequent discussion topic for businesses and neighborhoods. Maintaining street parking spaces was the influencing factor on the decision to use a Colfax travel lane rather than parking lane for BRT use.
Garages – Providing parking flexibility will be an important incentive for affordable housing construction. In many cities the shared use and cost of parking garages in suitable locations has provided increased commercial and resident parking and offset new development parking requirements. Shared parking will complement transit and minimize neighborhood parking and traffic concerns.

10. Improving Colfax has been a long term desire and dream that needs to become reality. For this goal to be achieved, it will require cooperative planning and assistance from all City agencies; developer and neighborhood support; and capital improvement financing. Re-developing and preserving Colfax can and will be accomplished with all of us working together to create an exciting and productive street for our businesses and residents to live, work, and play.