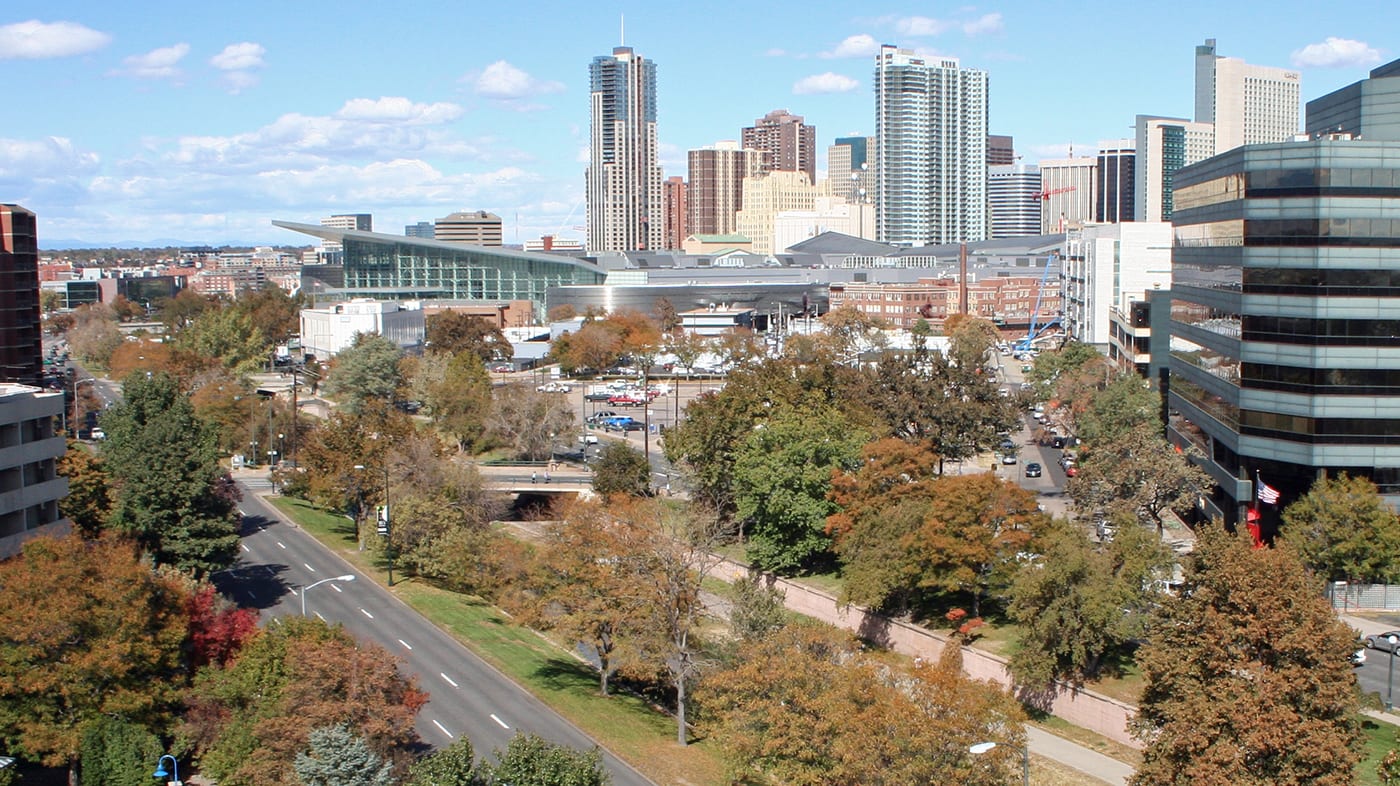 When the founders of the Denver Country Club (formerly Overland Park Club) purchased the 120 acres for the Club in 1902, they also formed the 4th Avenue Realty Company and acquired additional land to the north for housing development. William E. Fisher was hired to establish the layout of the project. His design incorporated a series of landscaped parkways from 1st to 4th Avenues along Franklin, Gilpin and High Streets, expanding green spaces within the City of Denver.
Today these parkways are managed by Denver Parks and Recreation as part of Denver’s urban park system. Because they are an important asset for our neighborhood, representatives of the CCHN Board work closely with the Operations Supervisor of Parks & Recreation to protect and maintain these historic parkways.
Concerns about the condition of the parkways were raised this year by several CCHN residents. CCHN President Diane Woodworth-Jordon and I met with the Parks Supervisor to establish a plan to rejuvenate this aging landscape, which incorporates lawn, shrubs and trees. Acting quickly on the plan, Parks & Rec has already redefined the tree rings and shrub beds and will mulch these areas in the spring, when they will plant replacement shrubs.
The lawns have been aerated and over seeded. This winter, Denver Forestry will prune trees. Tree replacement is on a rotating schedule by zones throughout the City. This part of Denver isn’t up for replacement for a few more years. We are working with Forestry to maintain a list of trees to replace. Also on the winter schedule is resetting of the remaining concrete “Dragon’s Teeth” placed at the north and south ends of each parkway so that they stand upright.
Parks and Rec has asked all residents to call 311 if they see sprinkler issues or fallen trees in the parkways. They also request that residents not put their own broken branches or trees in the parkways for cleanup. There aren’t enough funds or personnel to handle park debris after a major storm, so removal of residential trees and branches needs to be the responsibility of the homeowner.
When Spring 2020 arrives, the parkways of Franklin, Gilpin and High Street should be bursting with new growth and again beautify the neighborhood.
If you have interest in being part of our neighborhood beautification effort, please contact our neighborhood president for more information about how you can become involved.